Determined to unify the experiences between Windows 11 and its PC in the cloud (Windows 365), the publisher announced radical new features that transform the use of DaaS (desktop as a service).

The “cloud” version of VDI, DaaS (Desktop as a Service) is seen as one of the most promising cloud services in the era of remote work, blended work, and super employee mobility. The idea is to host your entire business world in the cloud, in the form of a virtual PC, and display your desktop and applications on any passive device, be it a tablet, passive terminal, old PC or even a home computer without the risk of compromising the business environment through Security vulnerabilities.

There are a large number of DaaS offerings on the market, some of which are very well known (AWS Workspaces, Citrix, Nutanix Frame, VMware Horizon Cloud, etc.), and others are more discreet (dinCloud, Cloudalize, NoMachine, flexVDI).

Launched last summer, Microsoft’s DaaS offering, called “Windows 365,” allows everyone to have a Windows 11 PC hosted in the cloud with a single click. However, the show has so far not been very interesting financially, nor very original in terms of experience. But this should change soon.

This week Microsoft introduced an evolution in its vision for Windows 365. The new features introduced dramatically change the user experience as well as the uses of these DaaS offerings. The publisher seeks to integrate experiences and facilitate the transition between the “on-premises and physical” and “cloud and virtual” environments, in other words between a physical PC and a cloud computer.

Windows 365 Boot: To boot directly from the cloud

The first significant innovation, the arrival of Windows 365 Boot, will make it possible to start a physical device so that it displays the desktop of the cloud computer directly without the need to launch a web browser or remote desktop client.

The idea is to provide a basic experience, on a computer (old or modern) or dumb peripheral, the Windows 365 desktop. Microsoft specifies that “ The functionality allows different users to directly authenticate to their personal and secure Windows 365 cloud computers with their own login “. 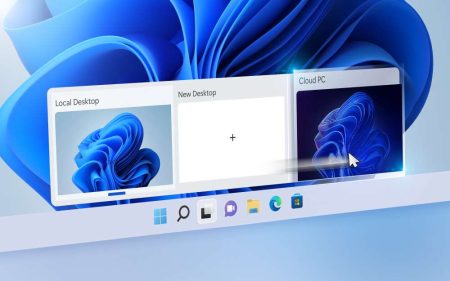 Since Windows 10, Windows has integrated virtual desktop management. Usually, you can switch from one virtual office to another via ” Windows + Tab “or by” CTRL + Windows + LEFT / RIGHT ARROW “. 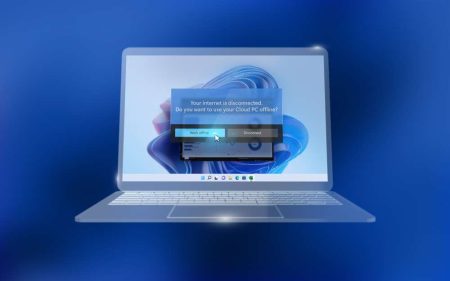 Another novelty and perhaps the most surprising, Windows 365 Offline. As its name suggests, the function allows you to continue working in the Cloud PC environment even when the device in use is disconnected from the Internet! Once the connection is restored, the environments are resynchronized without losing files and data.

Microsoft has not gone into details of how Windows 365 Offline will work. The technology appears to use a mechanism other than the screen streaming traditionally used in all DaaS offerings. It probably depends on a local Windows 11 environment that is 100% synchronized with the remote environment.

Unfortunately, we still don’t know when these amazing innovations will actually be available. On the other hand, we know that Microsoft should also introduce a new “Windows 365” app on the Windows Store, which will simplify the cloud connection experience for PC and allow you to do without your existing Remote Desktop client to access your desktop in the cloud.

With Windows 365, Microsoft has finally launched its own Cloud PC!